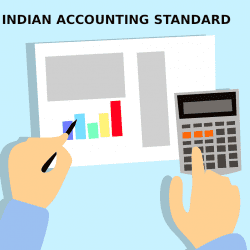 The existing standard on leases has been replaced in the new accounting standards (Ind AS 116). “In the new lease accounting model for lessees, leases will be recognized on balance sheet by recognizing a lease liability with a corresponding ‘right-of-use’ asset,” it said. Ind AS 116 will have an impact on the financial statements of the firms. The extent of the impact would vary across industries depending on the financing and leasing structures prevalent in an industry, the release added. Similarly, the compendium also includes changes that provide guidance as to how uncertainty about a tax treatment should be reflected in the accounting for income tax.

“The compendium of Ind AS will be highly useful to all stakeholders in particular prepares and auditors of financial statements. ICAI will also continue to engage in disseminating knowledge of these standards and the changes through a series of initiatives including webcasts, workshops, training programmes, and certificate courses,” Institute of Chartered Accountants (ICAI) President Prafulla P Chhajed said.

Classes at Parag Gupta is an place where we specialised students for CA Foundation, CA Final Costing & CSEET exams preparation. We believe in “To be Best, Learn from THE BEST“. We are considered to be the best recommended coaching classes amongst students.